Chen, lead vocalist of K-pop band EXO, is to wed his girlfriend, the star announced Monday. His bride-to-be is known to have little to do with the entertainment industry. Chen hinted in his surprise announcement that they were expecting a baby. Chen debuted as a member of EXO in 2012. "I have a girlfriend, who I want to share the rest of my life with," the singer, 27, said in a hand-written letter to his fans on his agency SM Entertainment's official community board. "While I was discussing with other EXO members and company officials about delivering the news (on my girlfriend,) a 'blessing' came to us." Many speculate that the blessing refers to a baby. "I didn't' want to take more time, so I decided to take the courage," he added. "I am thankful to my members for their good wishes, and I want to thank my fans for their love. I will keep striving to reciprocate the love." SM, representing EXO, confirmed the star's marriage without revealing the date, saying, "Chen will tie the knot with his non-celebrity girlfriend. Further details about his marriage will not be disclosed to the public." Chen debuted as a member of EXO in 2012. The group recently released its sixth studio album "OBSESSION." 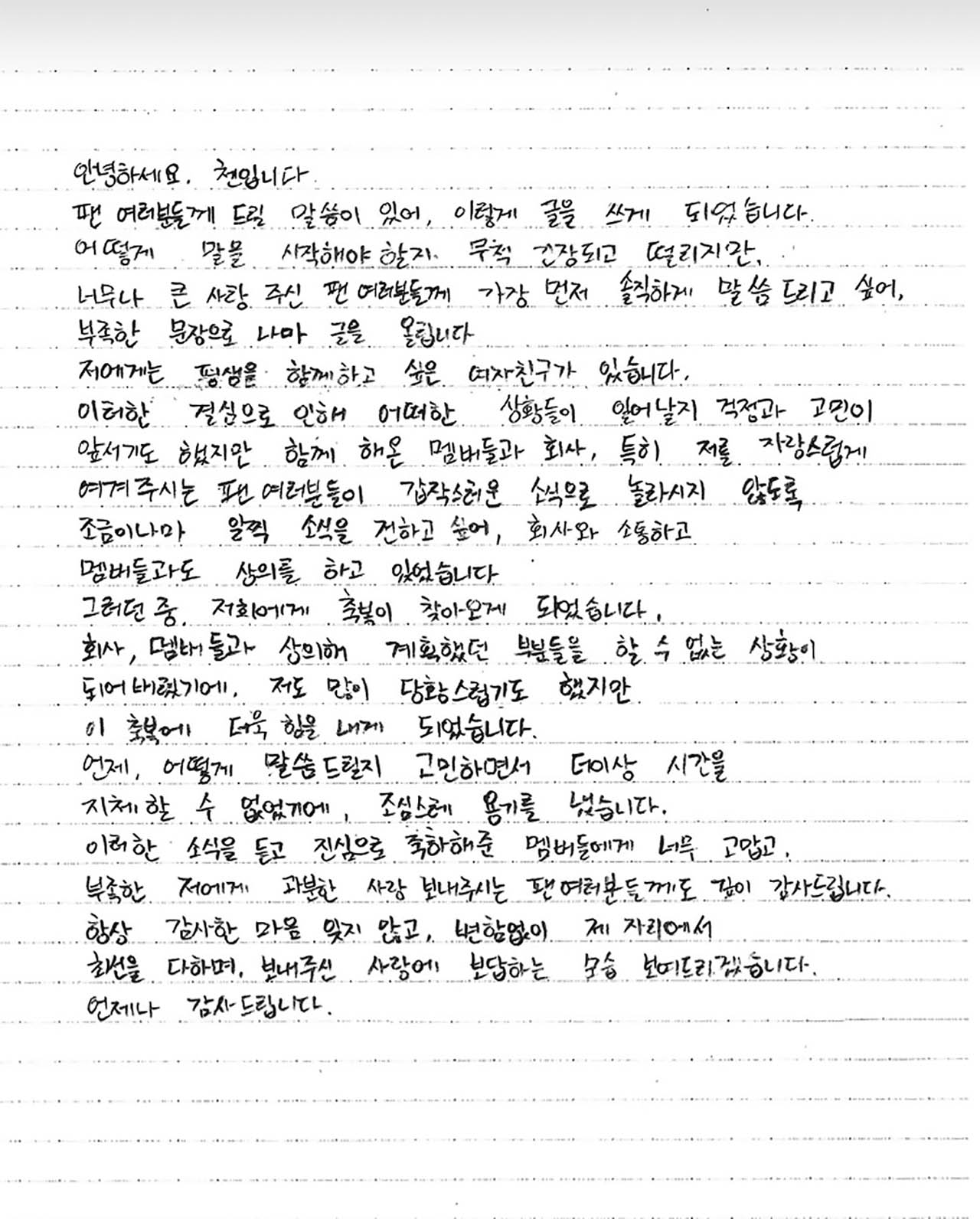