When you book with an account, you will be able to track your payment status, track the confirmation and you can also rate the tour after you finished the tour.
Sign Up
10035

☆ For solo booking, $50 surcharge will be applied. Please select the package for 1 person. 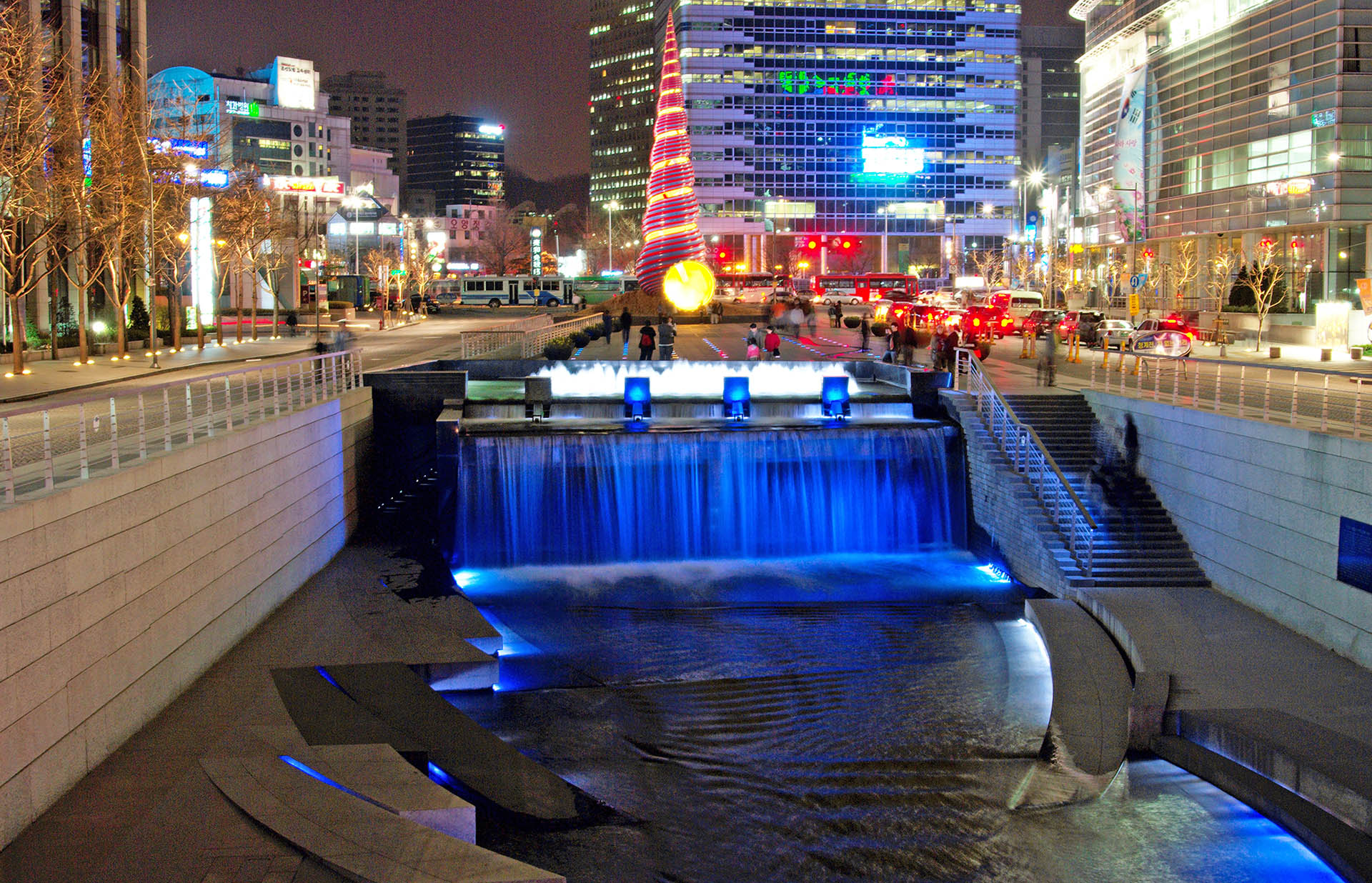 The stream was covered with an elevated highway after the Korean War (1950-1953), as part of the country’s post-war economic development.

Then in 2003, the elevated highway was removed to restore the stream to its present form today.

The stream starts from Cheonggye Plaza, a popular cultural arts venue, and passes under a total of 22 bridges before flowing into the Hangang (River), with many attractions along its length.

Daniel was our photographer and he was so nice to us during our whole experience – especially with the extremely cold weather and large crowd of people the day we took photos. He communicated with us in English really well and conversed with us about Korea. He took so many photos and they came out great! I\’m really happy I found and booked this experience! Definitely recommend him and this event!

The night snaps at Cheonggyecheon were a wonderful experience.

The stream starts from Cheonggye Plaza, a popular cultural arts venue, and passes under a total of 22 bridges before flowing into the Hangang (River), with many attractions along its length.