When you book with an account, you will be able to track your payment status, track the confirmation and you can also rate the tour after you finished the tour.
Sign Up
3028

Please be punctual, the shuttle bus will be leaving on time.
The itinerary is subject to change traffic & weather condition.
Please inform us if you will bring along a baby stroller or wheelchair.
Infant is free of charge, no seat available

Jinhae Gunhangje Festival is Korea’s biggest spring festival, attracting at least 2 million visitors every year. The festival first began as a memorial service to commemorate Joseon period’s most noteworthy naval admiral Yi Sun-sin and has now grown to become a festival enjoyed by everyone. Pack up and get ready to enjoy one of the most spectacular events in Korea surrounded by unbelievably stunning cherry blossoms! 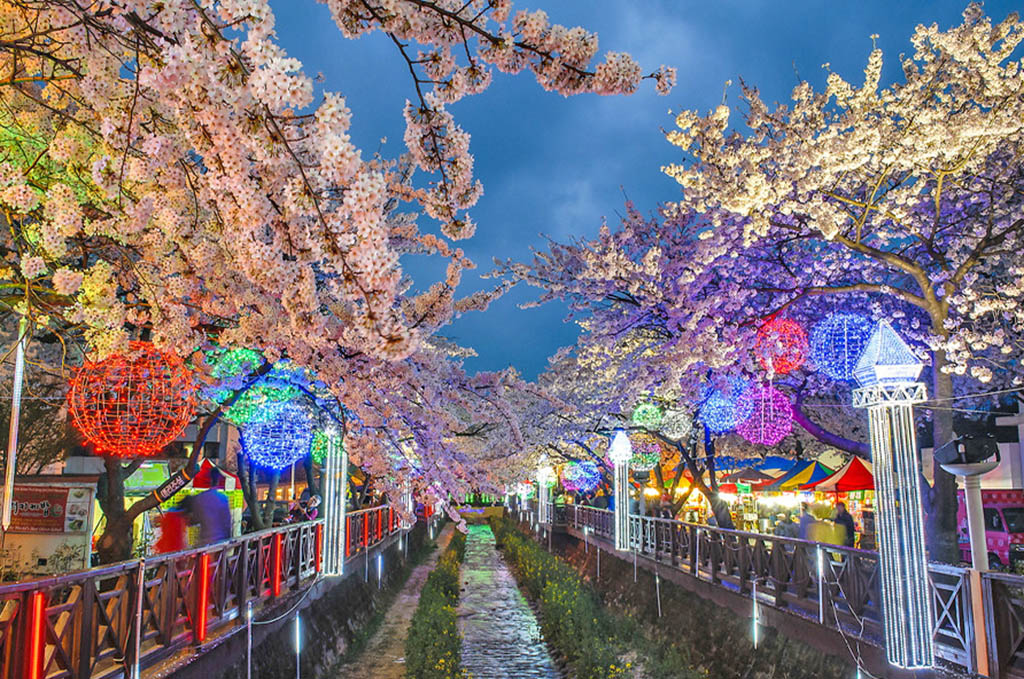 The area around Yeojwacheon Stream is well known as one of Jinhae’s best spots for viewing cherry blossoms. It is also the location of the bridge where the two leading characters, Gwanu and Chaewon of “Romance (2002),” MBC’s TV series, first met as tourists who came to Jinhae to enjoy Jinhae Gunhangje Festival. After the episode was aired, the bridge instantly became popular and widely known as the Romance Bridge. Each April, the entire city of Jinhae is filled with cherry blossoms, but the Yeojwacheon Stream area has the most beautiful cherry blossoms which makes it a prime tourist attraction. 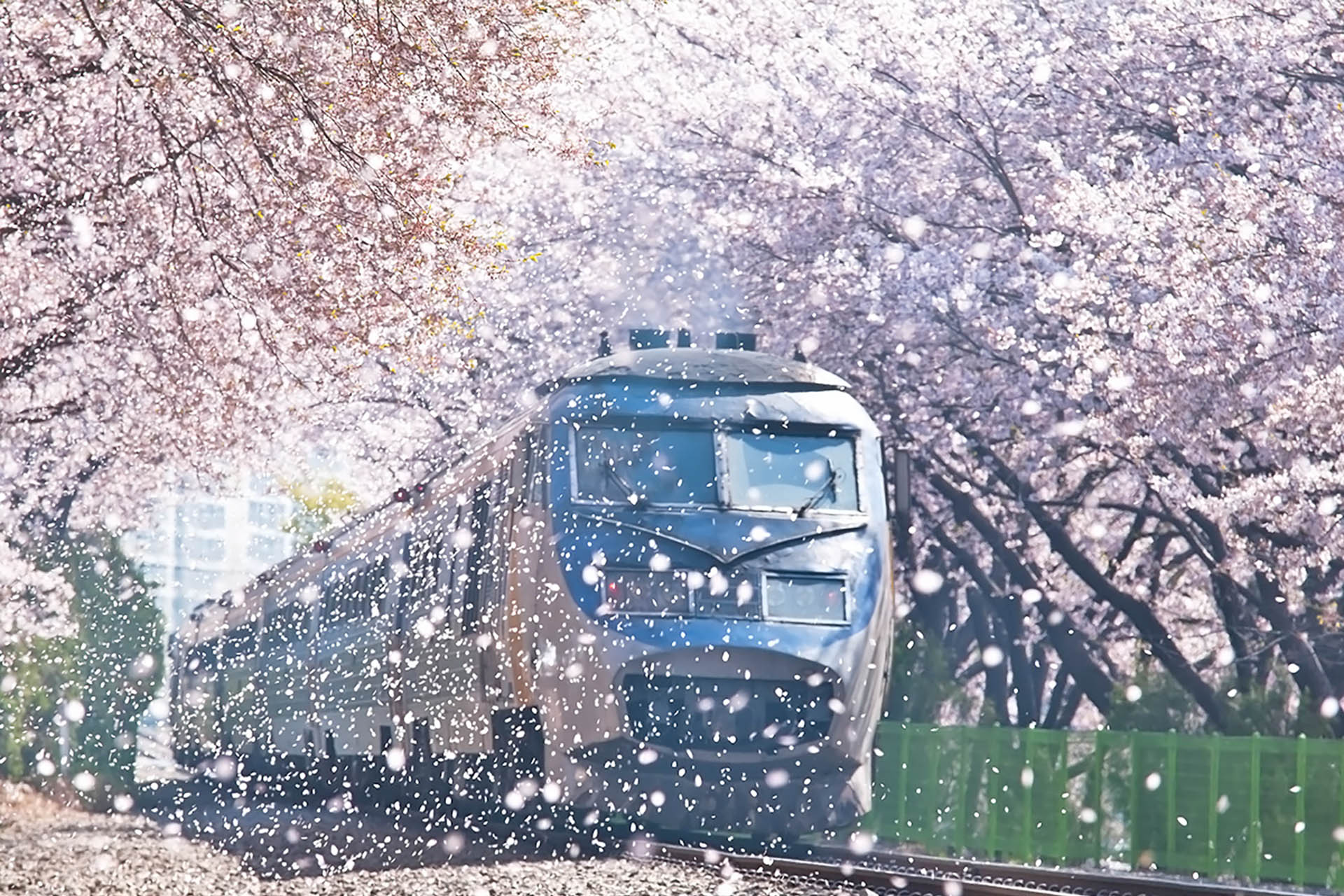 Gyeonghwa Station is a small railway station in Gyeonghwa-dong, Jinhae-gu, Changwon-si, Gyeongsangnam-do. The station is neighbored by Seongjusa Station to the north and Jinhae Station to the south. Railway services in and out of Gyeonghwa Station have been discontinued as of February 2015. The train used to stop at the station during the Jinhae Gunhangje Festival, but now it only makes stops at Masan, Changwon and Jinhae stations.

In April, rows of cherry trees bloom along the 800 meter-long railway extending from the station all the way to Sehwa Girls’ High School. Along with Anmingogae Road and Yeojwacheon Bridge, Gyeonghwa Station is one of the top three spots in Jinhae for taking photos of the cherry blossoms. The area is often featured in Korean movies and dramas such as the film “Boy Goes to Heaven (2005)” and the drama “Spring Waltz (2006).” 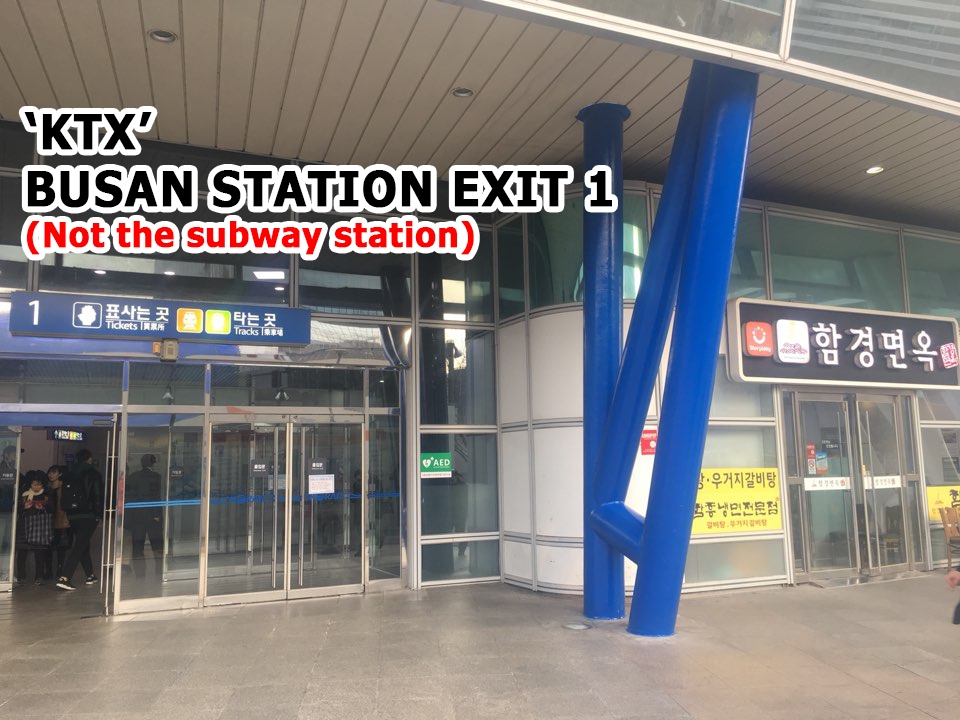 ※ If you can’t find the guide, Please find the K-TOUR bus or K-TOUR Guide.

Harbor city with its ocean, Jinhae. It is the city where spring is the brightest in Korea every year. 360,000 white cherry blossoms bloom all at once every spring. The sweet smell of flowers will captivate you on the street where flowers are scattered.