Gyeongbokgung Hanbok Photoshoot – Best Thing To Do in Seoul

When you book with an account, you will be able to track your payment status, track the confirmation and you can also rate the tour after you finished the tour.
Sign Up
87800

☆ For solo booking, $60 surcharge will be applied. Please select the package for 1 people. 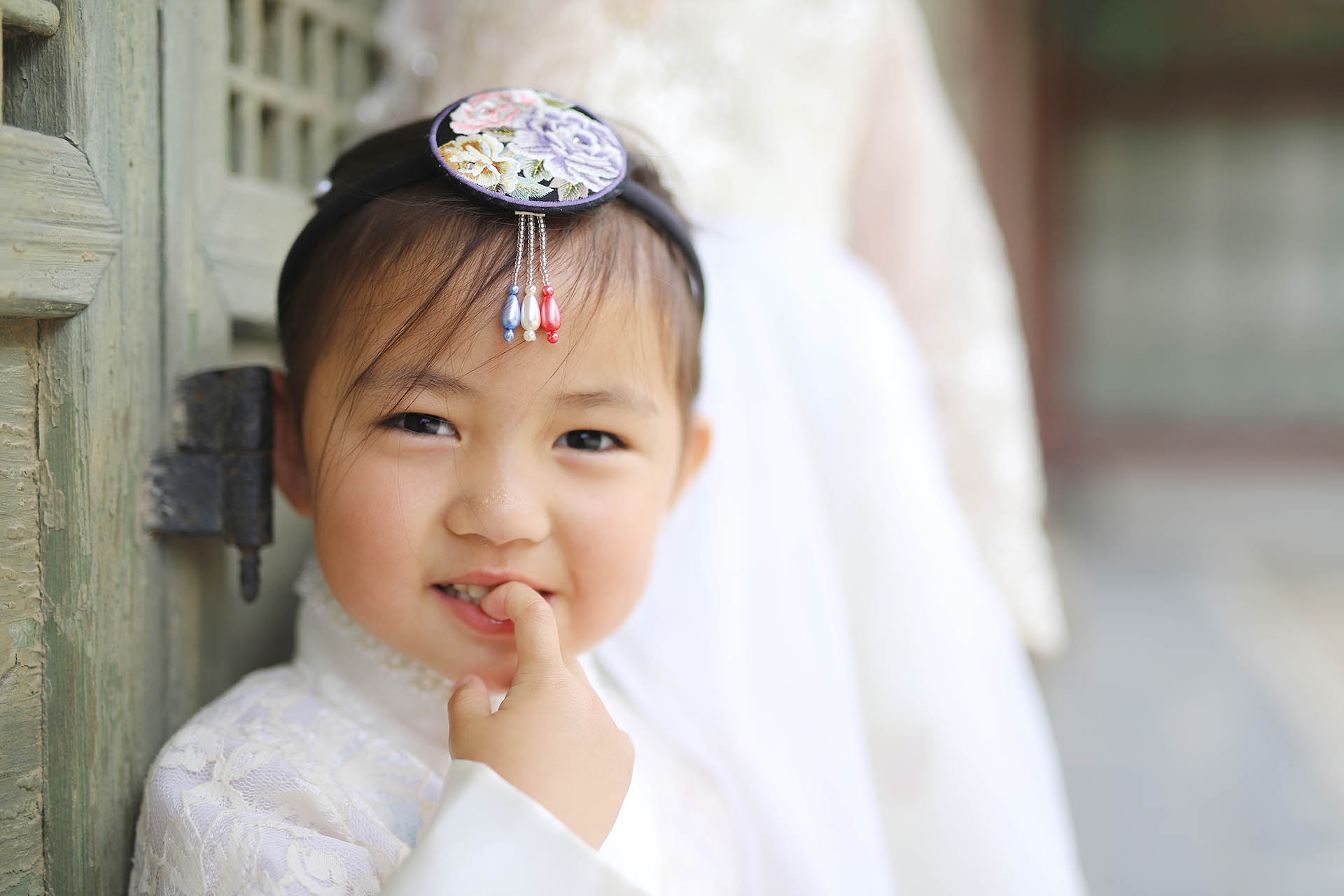 Memories can fade, but photos can last forever.
You can get your perfect Korean Hanbok photoshoot!

Perhaps you will prepare a lot for your trip to Korea and spend a lot of money. You may be visiting only once in your lifetime, or visiting more often than you think. Do we need to think about how to record those moments that are so important? 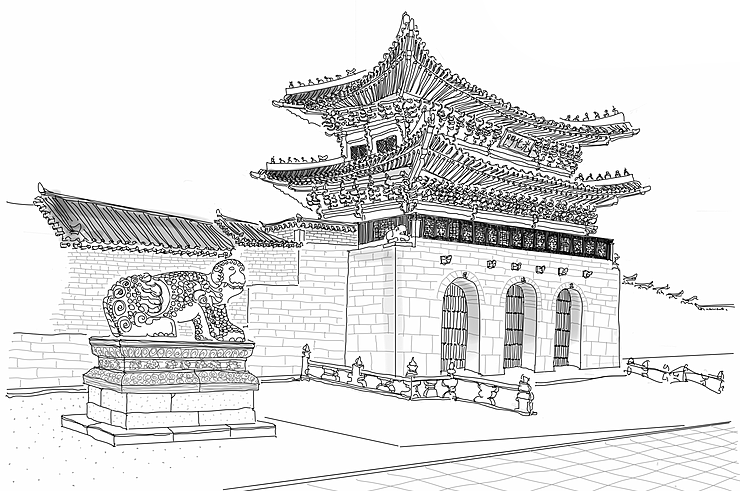 The National Palace Museum of Korea is located south of Heungnyemun Gate, and the National Folk Museum is located on the eastern side within Hyangwonjeong. 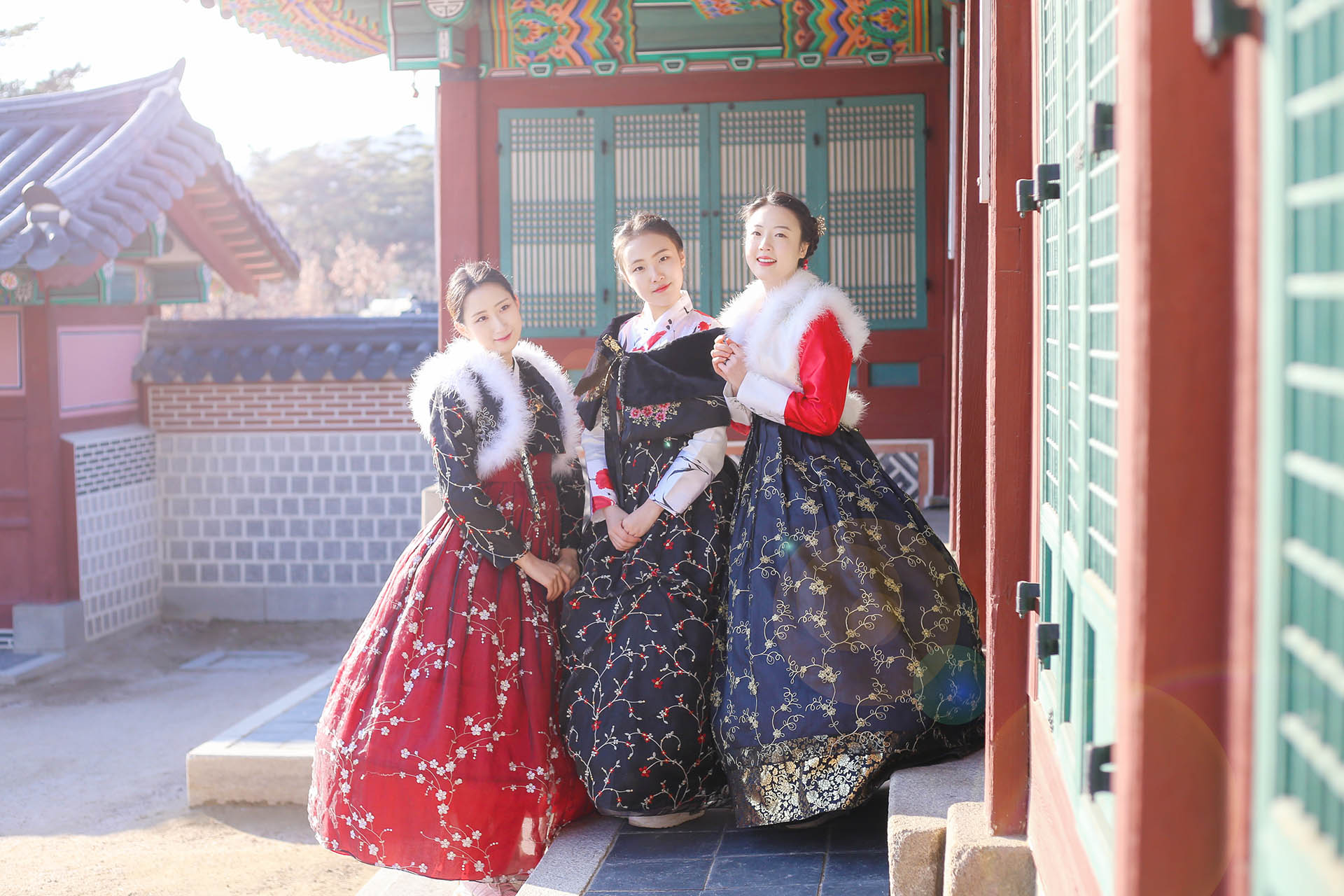 “In photography there is a reality so subtle that it becomes more real than reality.” 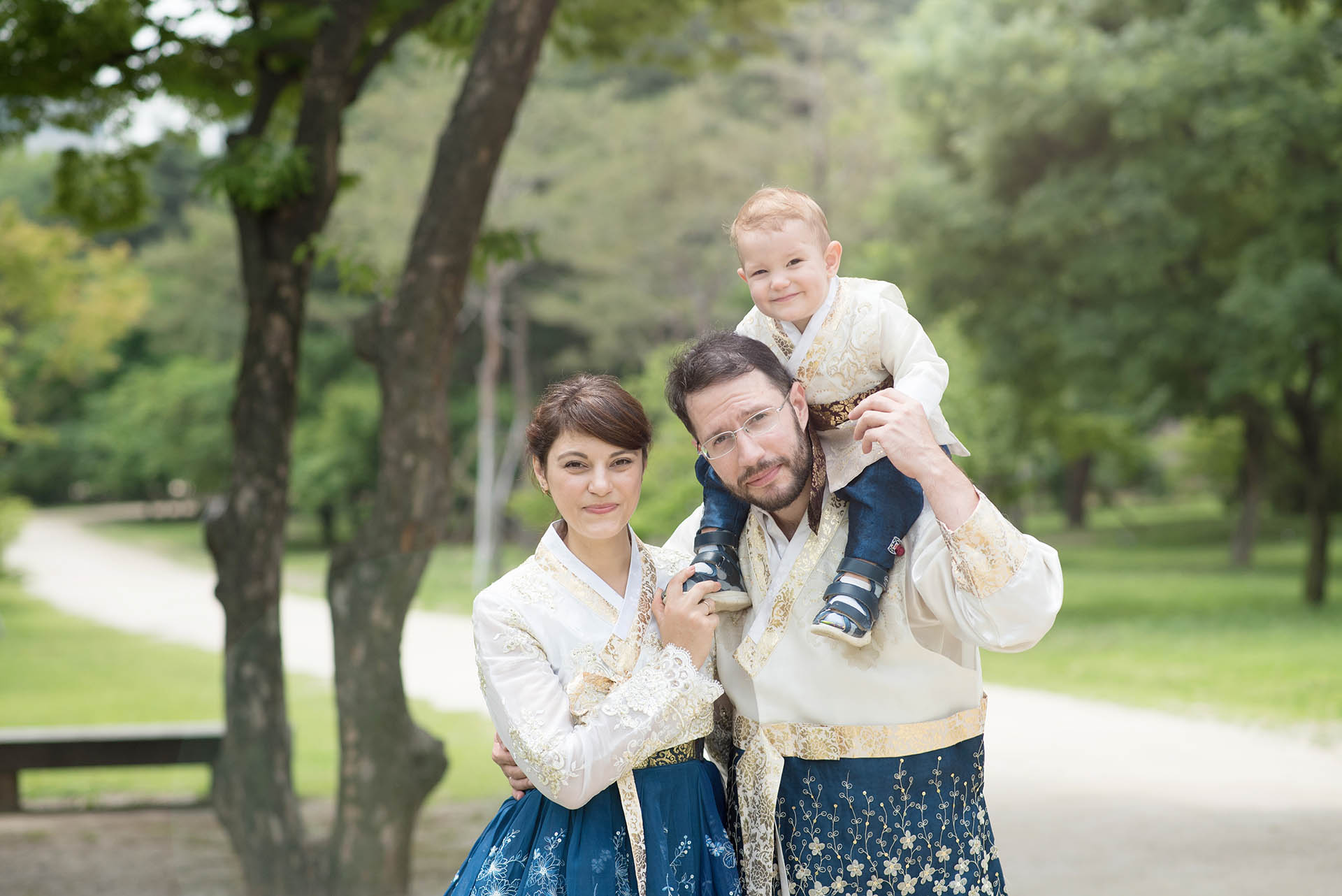 Photograph is your time machine

“The world is always running away from society and the only way to keep the stuff that’s happened in the past is by taking photographs, I can keep memories of things alive with photographs,” Alecto responded. “People say that a time machine can’t be invented, but they’ve already invented a device that can stop time, photographs are the world’s first time machines.” 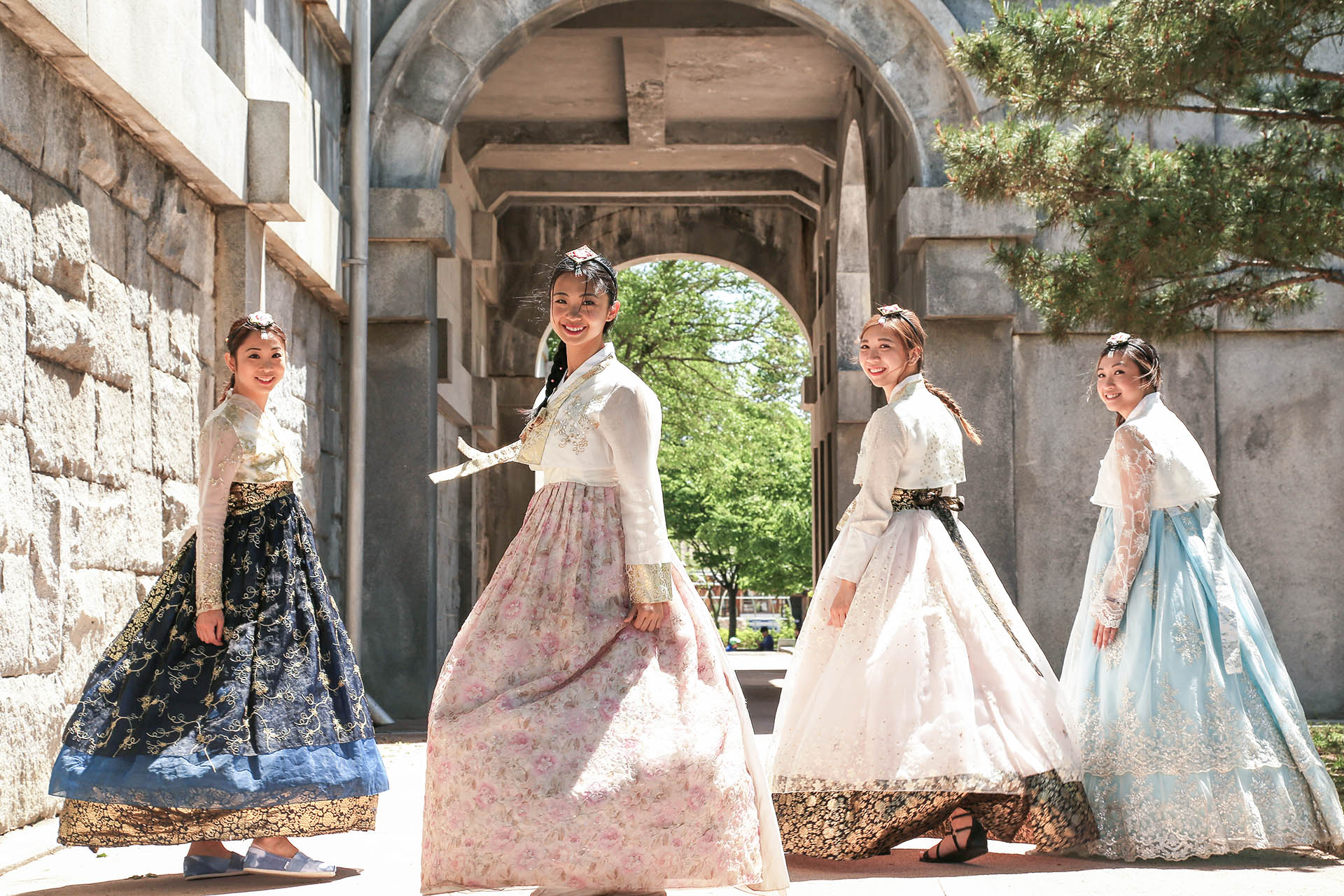 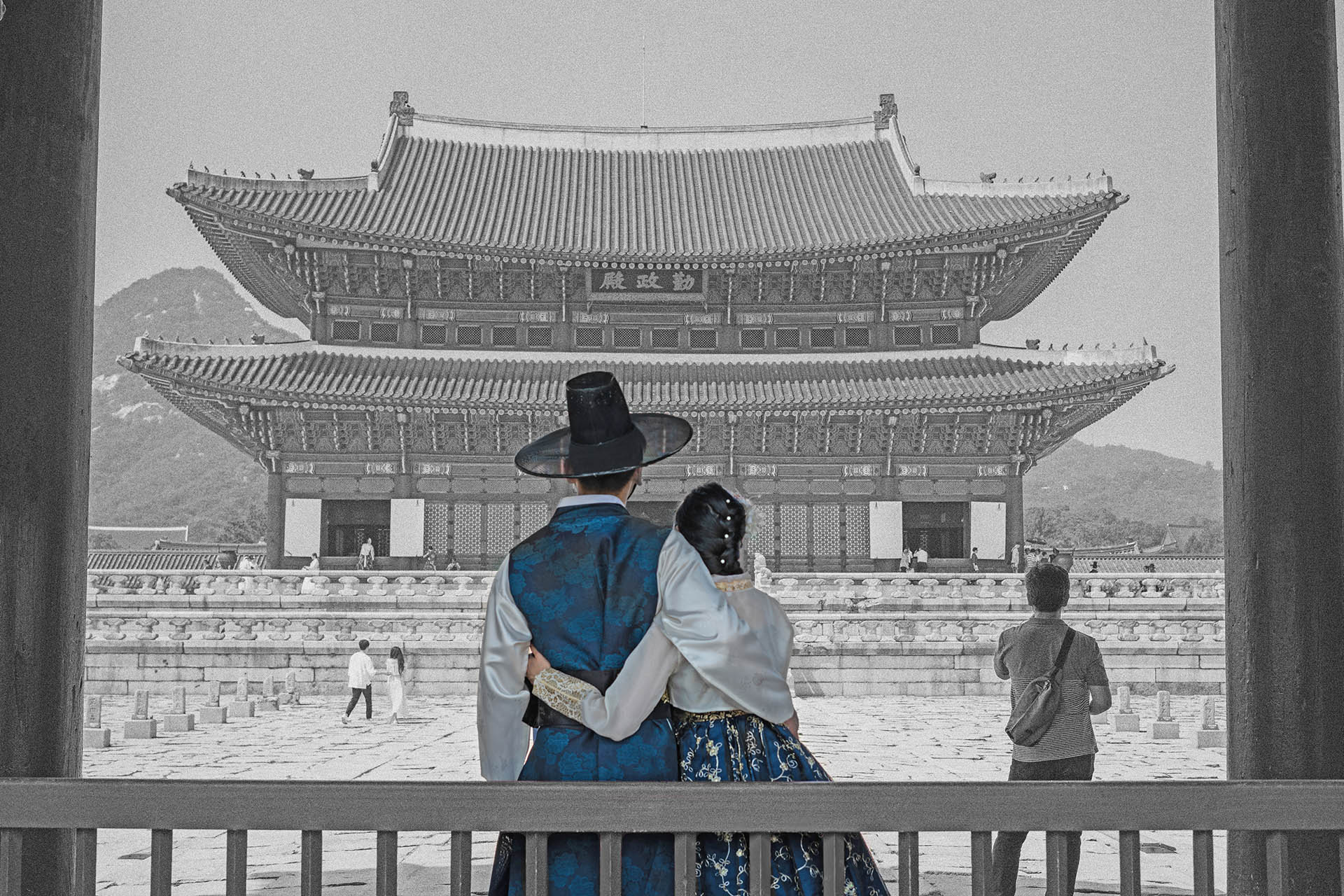 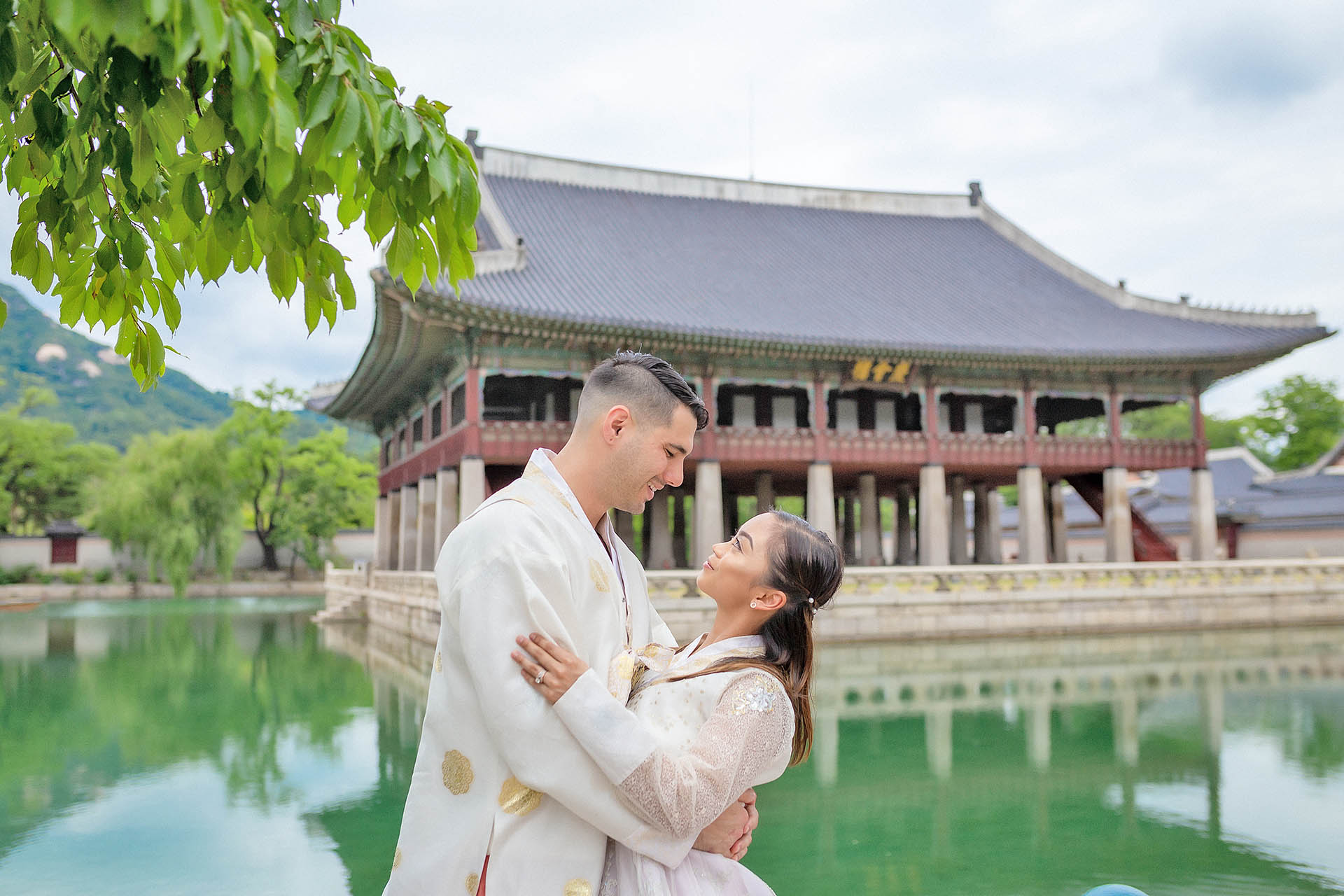 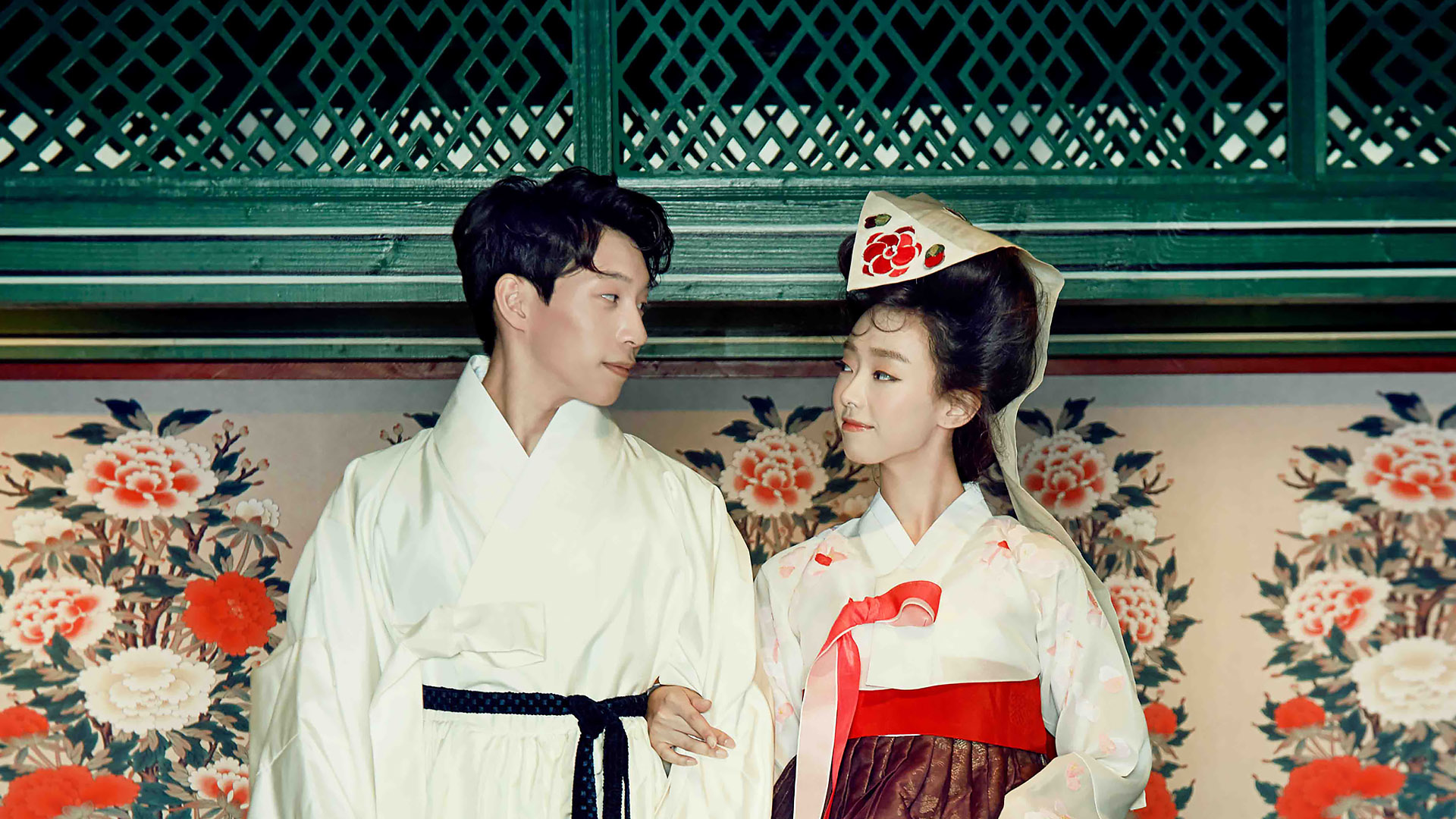 We are tourism people

We are a group of travel professionals, tour guides and DMC coordinators who are passionate about building new ideas into the tourism industry. For every piece of work, we pour in our love and skills, resulting in a well-crafted and well-admired masterpiece. And not only creating the best products to serve customers, we also provide top-notch customer support. We have a dedicated support site exclusively for our customers. With the qualified support staffs in our team, we can ensure that best memory for your great Korea trip. 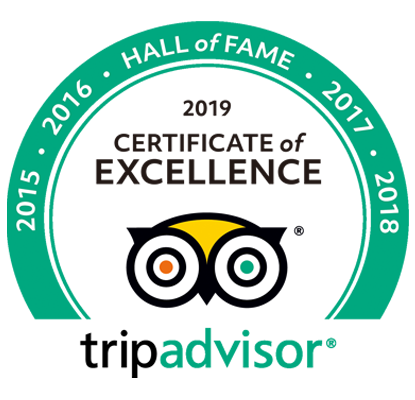 HaB Korea stands for “Have a Ball in Korea”, which means literally you can enjoy yourself VERY MUCH during your trip with us in Korea. We are a reliable local tour company that licensed member of the Korea Tourism Organization and Korea Association of Travel agents. HaB Korea strives to be the best in the industry and we think that your touring experience should be fun and memorable.

Important notes on rental of Hanbok

You will rent a hanbok before your photo session. Make sure to let the staff of Hanboknam knows that you have a booking with HaB Korea. Also, show your booking voucher just in case. If you didn’t do this, they might ask you to pay with the retail price.

Your photoshoot session will be started after wearing your hanbok. You will meet your photographer and start your photos session. If you want to take a picture of the process of wearing a hanbok, please let us know when you make a booking.

Once your photo session is complete, you must return your hanbok. If you extend your hanbok rental, you could enjoy more time wearing your hanbok.

You will get a Google Drive link with other information after your booking complete. Your photos will be uploaded in a couple of days after your photo session. 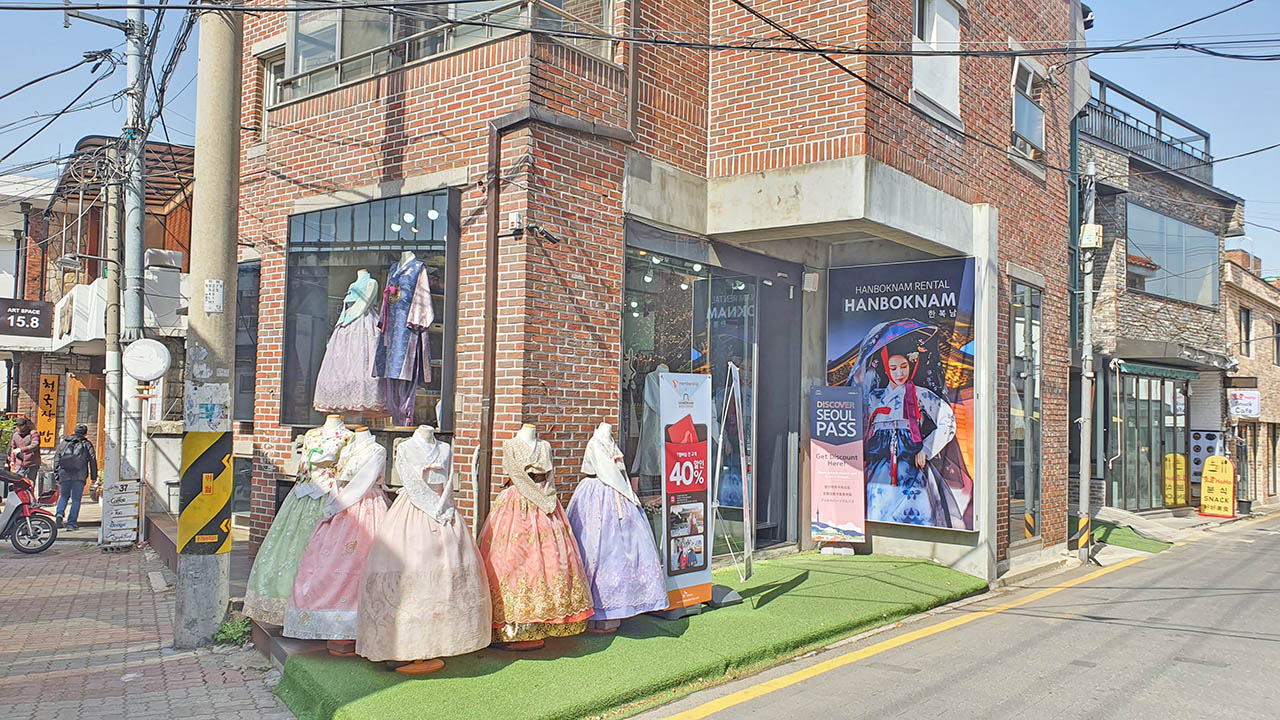 It was very easy making arrangements for the tour as the agent directly communicates with us on WhatsApp even before embarking on the trip.

Mr Jo, our photographer was excellent! We had a photoshoot primarily to focus on our son’s first birthday and he took amazing shots!

Before booking – Queries made online were replied to very efficiently and promptly.

Onsite – We faced a few hiccups getting to the correct outlet and ended up being late for our photo-shoot. I emailed HabKorea about our situation and left my contact number with them. The staff at Hab Korea were very friendly and efficient. They helped give directions to the taxi driver and ensured that we had sufficient time to choose our hanboks from their rather extensive range and even arranged for our photographer to start at a later time, ensuring that we got exactly what we paid for.

Our assigned photographer was very friendly and professional. Despite waiting for about an hour for us, he was warm and engaging, and tried to get us to be as natural as possible, in our poses. He even suggested a few poses for us when we ran out of ideas. The photos came out very well! Thank you!

My friends and I are planning on doing another trip and we intend to use Hab Korea and hopefully we can get the same photographer again.

Thank you to all who helped make our trip and this experience so pleasant!

It was great show! I recommend you see MTV The Show. It is a great experience to see KPOP stars performances in front of you while live broadcast.

very good selection of hanbok. photographer was very kind and communicates well in english. the shop couldn’t find our klook order at first, but the staff was very nice and asked us to go ahead with picking hanbok while he resolves the problem. the whole experience was great!

My partner and I booked the Gyeongbukgung Palace Couples Photoshoot and it was honestly one of the best experiences of our life! We promptly met with our photographer Ms.Eun who guided us to the palace. We were well informed of the history of not only the Palace we visited but other Korean cultural aspects. At first my partner was quite uncomfortable being in front of the camera, but Ms.Eun encouraged him, giving him confidence by asking us questions about our life and travel plans.

She was positive, fun, friendly and made us feel comfortable almost immediately! She answered all the questions we had, which were at times, quite personal. She very promptly sent us our photos (all 300-400 of them!) which we will treasure forever. She captured us so well and we had such an amazing time. Ms.Eun went above and beyond by even sending us recommendations to cafes and bars to visit on our last few days in South Korea. All in all, a 10/10 experience we would do again!

1234567
11 travellers are considering this tour right now!
Send this to a friend