When you book with an account, you will be able to track your payment status, track the confirmation and you can also rate the tour after you finished the tour.
Sign Up
39136

up to 8 hours
Availability : All Year Round
Min Age : n/a
Max People : 6
OperatingDetailItineraryPortfolioReviews

This photo shoot session is a Group Rate, Price is per ‘Photo Session’ not per person.

Korea photography tour is a special package that allows you to take professional-level photos in popular photogenic tourist destinations plus awesome tours.

It is operated by a specially trained professional tour guide and photographer (one person). Therefore, only a few people can perform this package.

In particular, this package is more than 80% cheaper than hiring a professional photographer + private transportation + tour guide for a day.

One of the most popular Korea tour package of all time, Nami island plus Petite France day tour. This tour package could be named “My Love from the Star” Korean drama themed tour as well.

This is a private photography tour, which is the best option for those who have a small group such as family or friends. No worries about anything, you can control your plan.

Nami Island is unique from birth. It was neither an island nor a land. When the river was full, it became an island, and when the water fell, it was a sandy land. At this time, the name was Nami Island.

In 1944, the Cheongpyong Dam was built and became an island forever. It was once a riverside shogunate and became a fallen amusement park.

Since 2004, the drama has spread to Japan, China, Southeast Asia, and foreign tourists have increased exponentially. Bringing life to trivial and trivial recyclables with no money. Now it has become a concept. 70% is recycled. 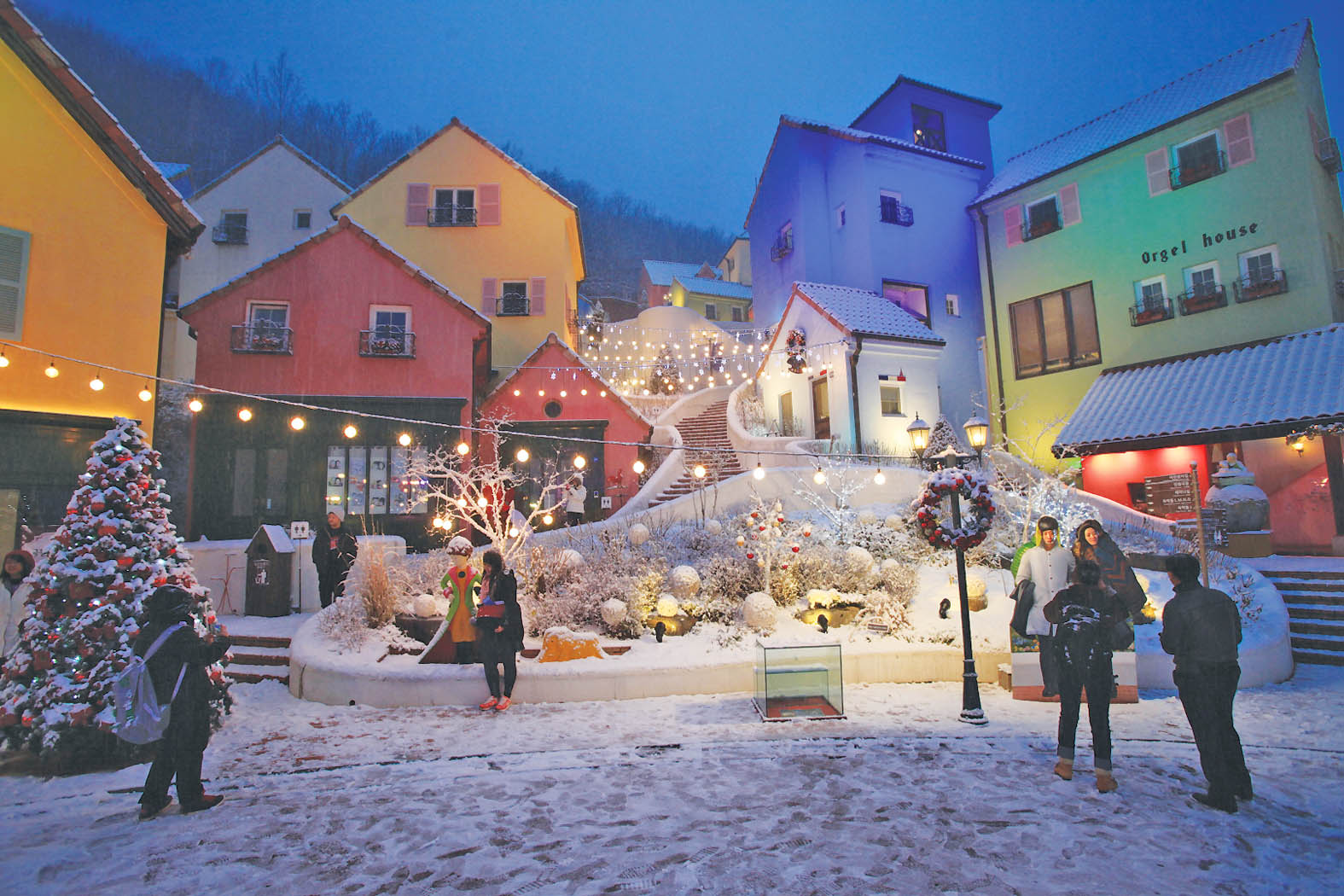 Petite France serves as both a French cultural village and a youth training facility (Goseong Youth Training Center), and consists of 16 French-style buildings where visitors can lodge and experience French food, clothing, and household culture.

The concept of Petite France encapsulates ‘flowers, stars, and the Little Prince.’

The village contains a memorial hall dedicated to Saint-Exupery, the author of the celebrated French novel, Le Petite Prince (1943) and as such, it is called the Little Prince theme park.

You will meet your photo tour guide at 09:00 then your tour guide will give you brief information about your tour. You can also discuss about your itinerary.

It takes about 1 hour plus 20 to 30 minutes depends on the traffic situation on that day. We could stay in Petite France for about an hour or so. You can enjoy some activities and performances.

1. Saint-Exupery Memorial Hall: Displays the life of Saint-Exupery, who was a noted author in France, and the writing process of The Little Prince novel.

2. Orgel House: View the orgels (music box) collected from all over European countries and enjoy the sound.

5. Marionette Dance Performance: Shows the dance show of marionette of the Czech Republic.

6. Puppet play: A European play for children, comprised of a Guignol and marionette, French and Czech traditional puppets respectively.

7. Appreciating an orgel: Offer an explanation regarding the history of orgels.

8. Plaster art exhibition: Visitors can create plaster arts, painted by themselves with shapes such as the Little Prince or the Eiffel Tower.

When you reach the dock area of Nami island, you will be transferring to Nami Island by ferry boat (capacity 200 to 250) and this will take only 5 minutes or so. In the island you can enjoy the view of nature, awesome sculptures and some activities such as bike riding.

Your tour photo guide will drop you off at your hotel after finish the tour for a day.
You can even choose other spots as your drop off points such as Myeongdong, Dongdaemun market or Itaewon.

We went to Nami Island for a surprise proposal/engagement and then photos afterwards.
I had Minwook Ethan Kim for my tour (bilingual, very good english)

Ethan went the extra mile to make sure that the proposal went smoothly, helped with finding a great location and even set it up so fiance didnt know about it until she saw the ring. This made for some very good spontaneous photos.

Overall quality of the photos was excellent.

Would highly recommend Ethan if your looking for couple photos/looking to surprise propose!

At first, I was wondering how this trip will go.. would it be fun or not? bubble thoughts on my mind..really! 💭 We are a bit camera shy when there is someone else trying to take photos of you, and as time flies, there is a lot to it. We had a great or i guess the best experience in Korea with our professional photographer & CEO of Hab Korea, Mr. Daniel Kim. We’re lucky to have him on this Nami Island & Petite France photo tour. It’s simple really. You do what you normally do, play around, fool around and a new friend will take photos of you. It’s more of a candid shots. My 7yo kid👧🏻 enjoyed it too & I must agree, she really is a blessed one to have experienced all of these at her age… Moreso, not only the photos but how beautiful to experience Korea with a companion to talk things about life & love along the way.. Of all the destination we did go. This is far the best experience.. An autumn to remember with priceless pictures we can look into as we grow older..🍂 🍂🍁🍂🍁♥️. Thank you so much Hab Korea!💓 daedanhi gamsahabnida!☺️

We like to take pictures so we’ve tried various snap-photo services around the world.

We found this on our Korea trip, and seemed very interesting. Photography was great, and my family had a lot of fun. Thank you!

I came to Korea on a business trip and I made a reservation because I thought it would be nice to leave a memory with my colleagues.

We had a great time in Nami Island, and most of all, I was very happy to leave a wonderful picture as a memory.

It was definitely worth to try it.

Capture your special moment with your loves one! Do not miss out one of the most popular Korea tour packages of all time, Nami island plus Petite France. Make your day with full of K-Dramas what you wanted to see.