When you book with an account, you will be able to track your payment status, track the confirmation and you can also rate the tour after you finished the tour.
Sign Up
81541

Please looking for the Photographer when you arrive at the bus station. He (or she) has your shuttle bus ticket. 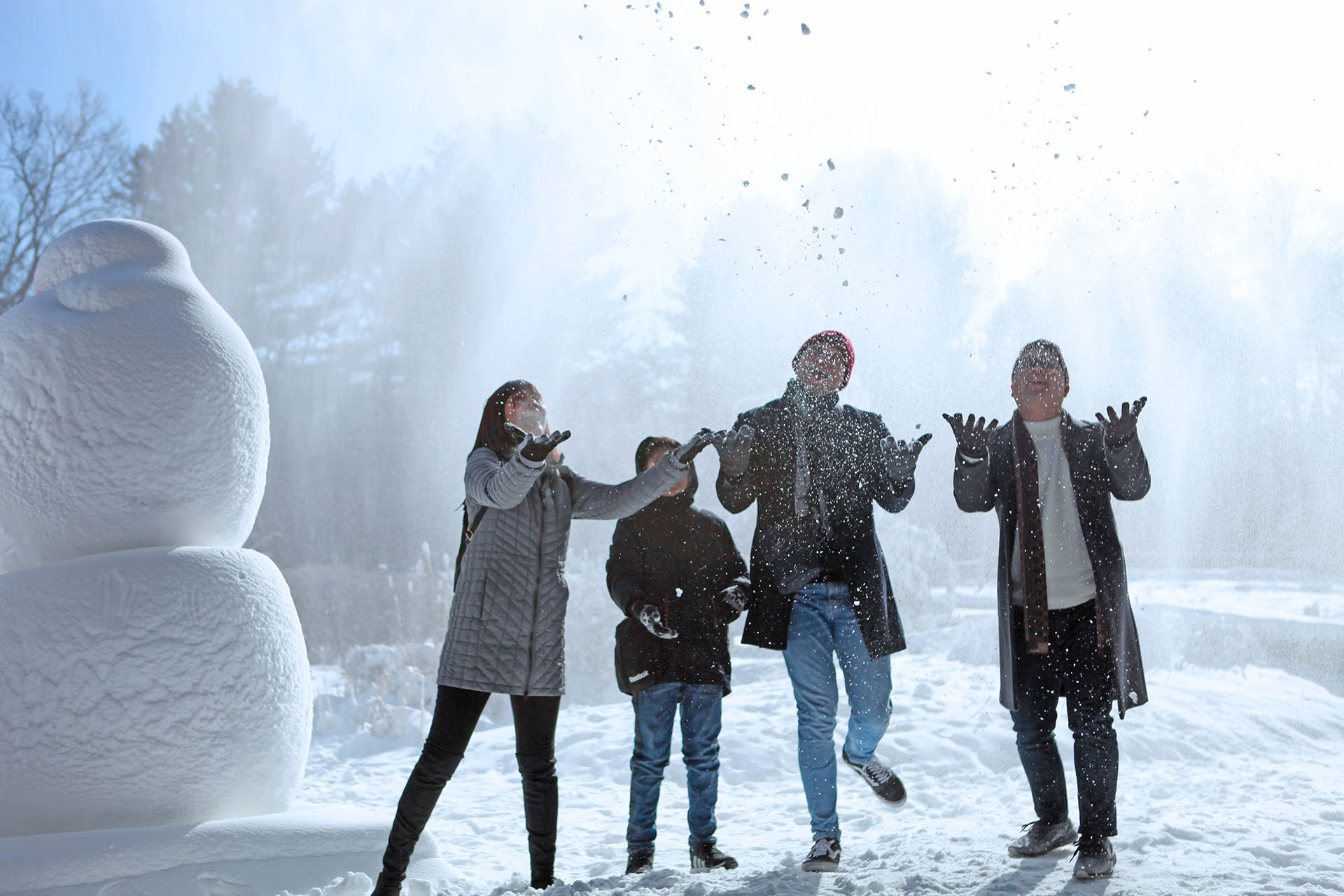 This photography trip is a special package that allows you to take professional-level photographs in popular photogenic tourist destinations plus awesome sightseeing in Nami Island.

We designed this package at the most reasonable price yet having & enjoying professional-level photography which will be the precious memory of your special Korea trip.

This is a SIC (Seat-in-Coach) type of tour without a tour guide, which is the best option for those who have a small group such as family or friends, also budget-saving travelers.

One of the most popular Korea tour package of all time, Nami island day trip. This package could be named “My Love from the Star” Korean drama themed trip as well. 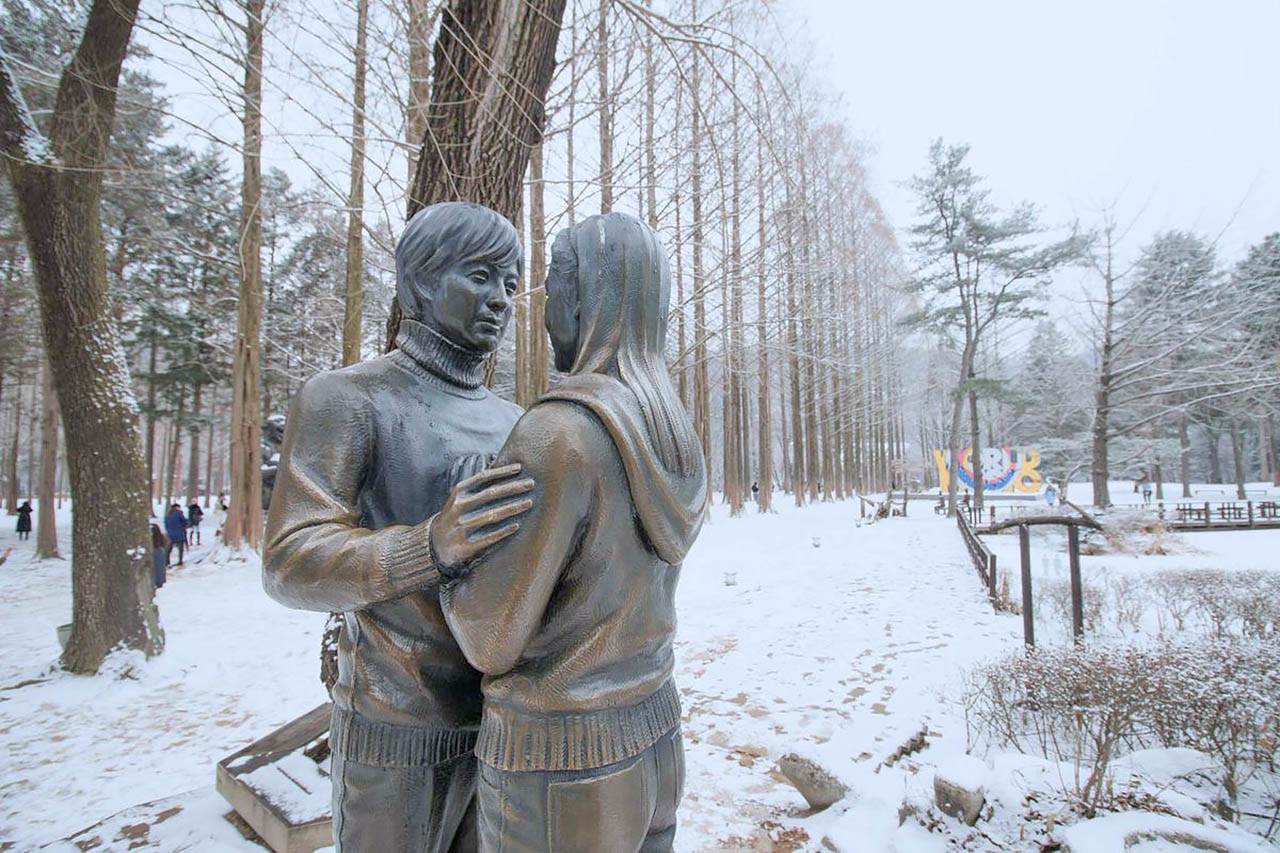 Nami Island is unique from birth. It was neither an island nor a land. When the river was full, it became an island, and when the water fell, it was a sandy land. At this time, the name was Nami Island. In 1944, the Cheongpyong Dam was built and became an island forever. It was once a riverside shogunate and became a fallen amusement park. Since 2004, the drama has spread to Japan, China, Southeast Asia, and foreign tourists have increased exponentially. Bringing life to trivial and trivial recyclables with no money. Now it has become a concept. 70% is recycled.

Booking approval by the team

After payment is completed, HaB Korea team will check your booking status and approve your reservation within one working day if there is no problem.

Now, everything is ready once your booking approved. Be prepared for your trip, and be on time for the scheduled shuttle bus. (we recommend you to come 15 minutes early)

Your photoshoot session will be started on your booking time slot. You will meet your photographer in front of the Nami Island tourist information center and start your photos session.

You will get a Google Drive link with other information after your booking complete. Your photos will be uploaded in a couple of days after your photo session. 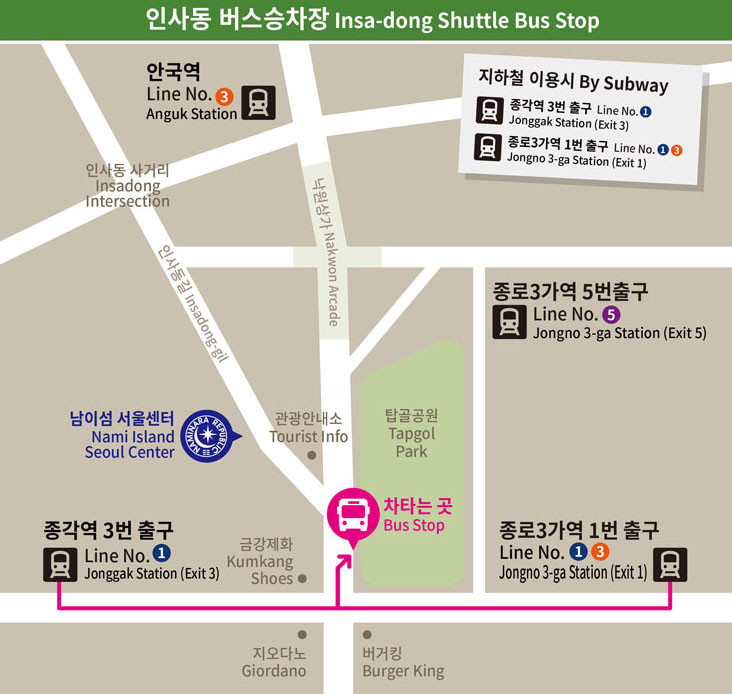 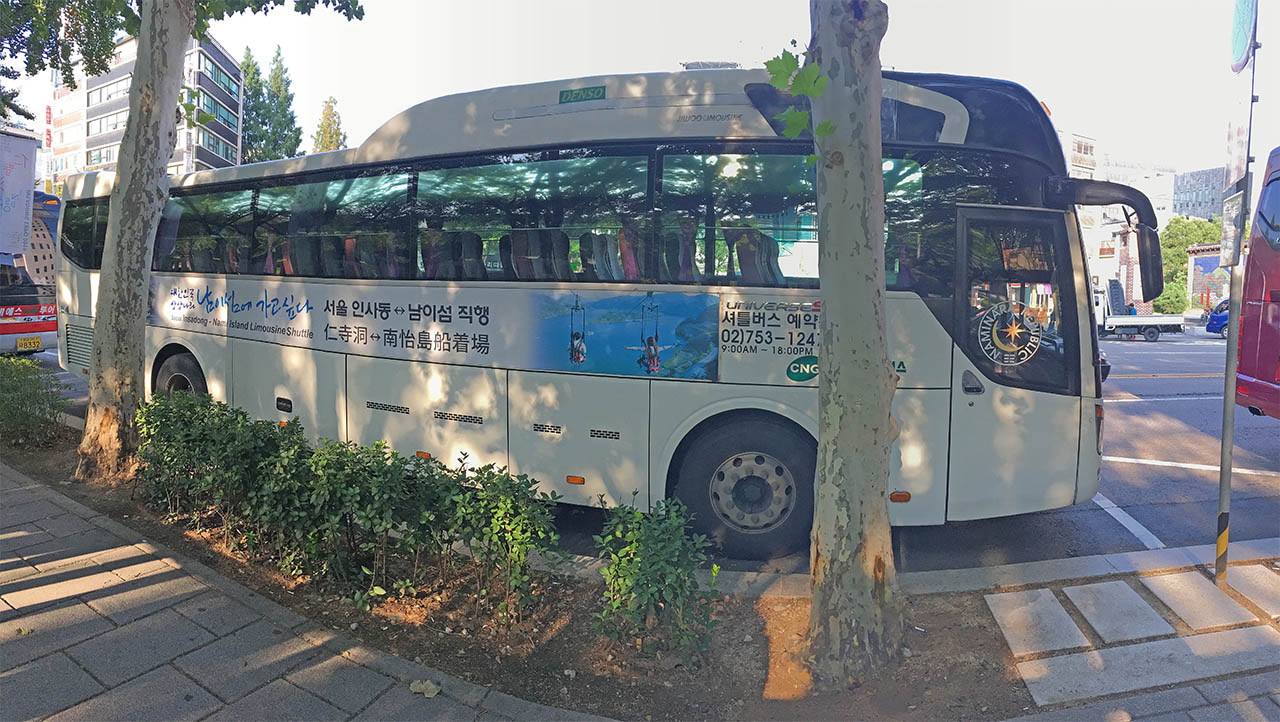 How to go Shuttle Bus Stop in Insadong

※ Important: Please looking for the Photographer when you arrive at the bus station. He (or she) has your shuttle bus ticket.

This photo tour is a special package that allows you to take professional-level photos in popular photogenic tourist destinations plus awesome sightseeing in Nami Island.

23 travellers are considering this tour right now!
Send this to a friend