When you book with an account, you will be able to track your payment status, track the confirmation and you can also rate the tour after you finished the tour.
Sign Up
3819

SNU-Seoul National University is South Korea’s first and without a doubt, the best national university and is already ranked 36th in the world by the prestigious QS World University Rankings.
SNU is a must-go tourist attraction not only for its students’ intellectual level but also for its vast and verdant campus. Surrounded by the Gwanak Mountains, SNU naturally has a hilly terrain that will work your legs to exhaustion. Large is a soft way of describing the expansive campus of SNU. Thus, one must be strategic when visiting SNU. 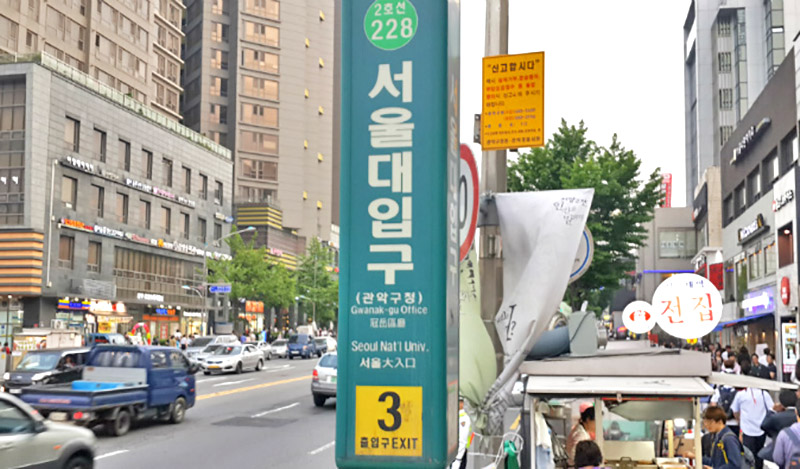 To get to SNU, take subway line 2 to the Seoul Nat’l Univ station and use exit 3. The campus is not exactly within walking distance from the subway station, so one has to hop on the bus to get off at the Seoul National University stop. 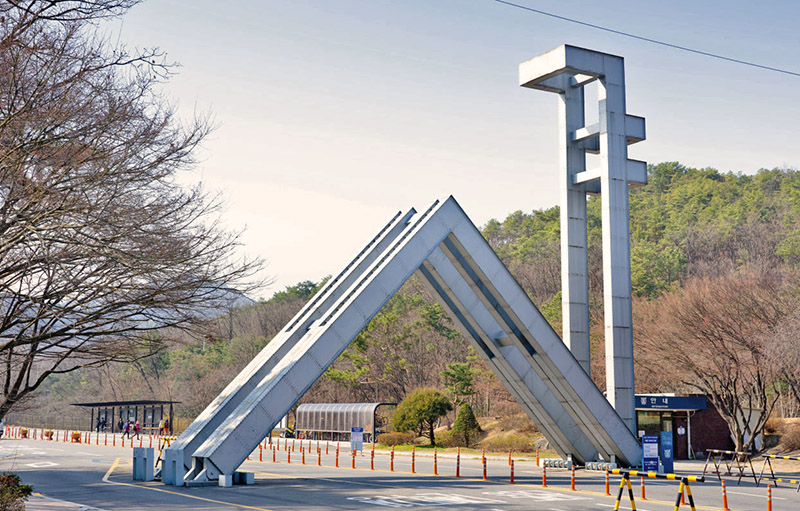 The main gate is a landmark of SNU. Take a photo in front of the iconic structure, which is formed by the Korean characters “ㄱ, ㅅ, ㄷ” that stand for the university’s original complete Korean name: 국립서울대학교 (Seoul National University). As you pass this spectacular gate, you will get an understanding of the history it has lived through. 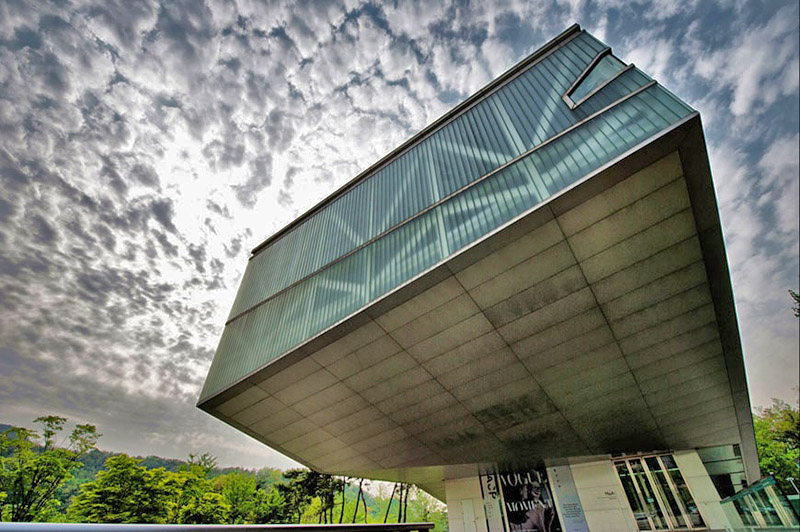 The Museum of Art (MoA)

Opened in June of 2006, the MoA is a piece of cultural pride for SNU. It holds exhibitions of students’ works as well as renowned domestic and international artists. The permanent collection of the Seoul National University Museum Of Art comprises paintings, drawings, calligraphic works, sculptures, prints, photographs, videos, graphics, and design objects, chiefly made from the early ’50s to the present by many among the major Korean contemporary artists, including Suh Se-ok, Jeong Chang-seop, Yu Yeong-guk, Chang Ucchin, and Song Young-su. 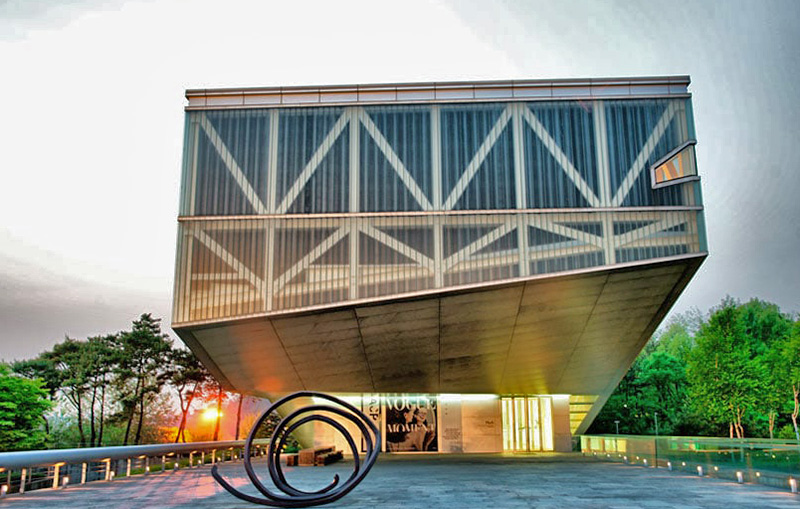 Designed by Dutch architect Rem Koolhaas, the structure of the building itself is a work of art. Encompassing a total gross floor area of 48,286 square feet on six levels, three of which underground, the building is shaped like a sliced box, cantilevering out the side of a small hill near the campus’ entrance. 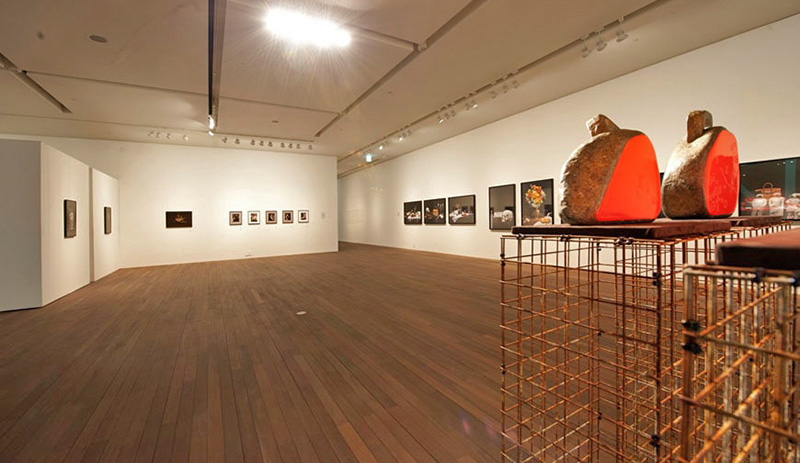 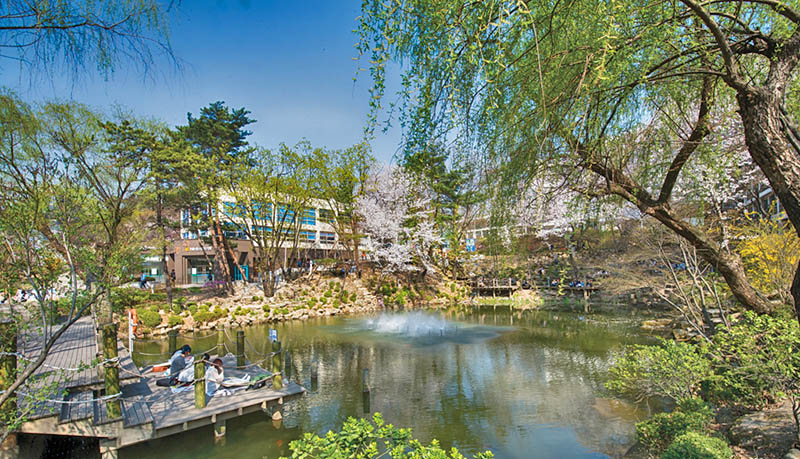 Located near the College of Humanities, Jaha pond is one of the most beautiful nature spots on campus. The pond was named after the great scholar of the 18th century Shin Wi. Jaha’s pen name, meaning purple mist. 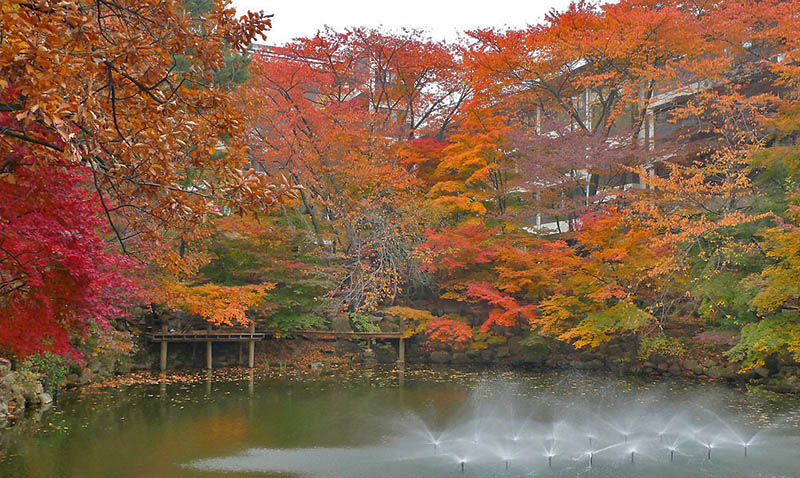 Visitors as well as students often take pictures of the pond as it changes with the season. If you’re lucky enough, you might get to run into these two cute mascot ducks, too. 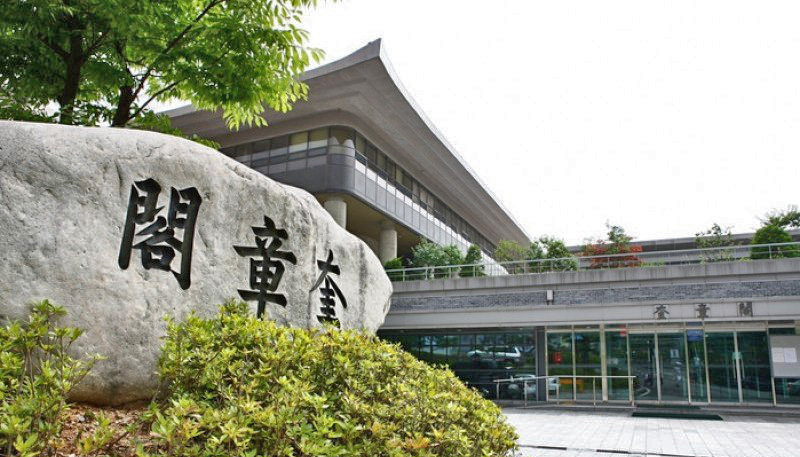 Gyujanggak was founded in 1776 during the reign of King Jeongjo, the 22nd ruler of the Joseon Dynasty, at which time it was located on the palace grounds of Changdeokgung. It functioned as the royal library, which housed writings by the previous kings, their relics and books from home and abroad. 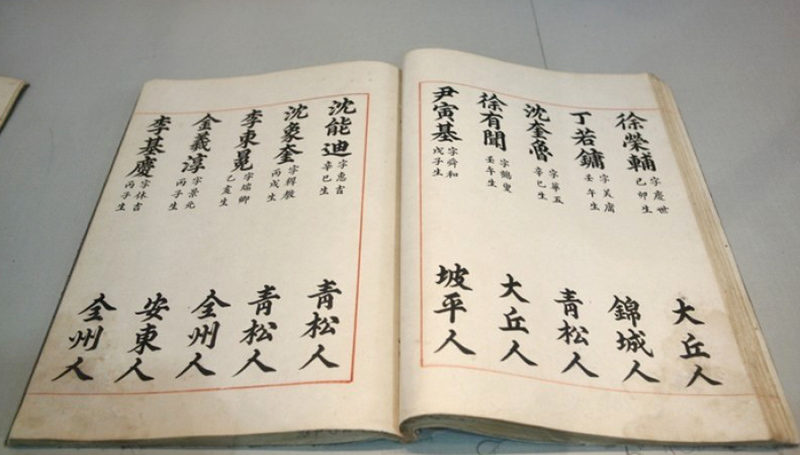 Gyujanggak now houses more than 280,000 items including 7 national treasures, 8 treasures, 180,000-plus old books, about 50,000 documents and 18,000 Chaekpan (printing blocks). Among them, Joseon Wangjo Sillok (the Annals of the Joseon Dynasty, National Treasure No. 151), Seungjeongwon Ilgi (the Diaries of the Royal Secretariat, National Treasure No. 303) and Uigwe (the Royal Protocols of the Joseon Dynasty) have been designated as UNESCO World Cultural Heritages. The exhibition hall in Gyujanggak is open to the public. Drop by the souvenir shop on the second floor to browse through a variety of trinkets, clothes and school supplies that are most likely marked with the SNU emblem. Not surprisingly, the school’s merchandises are more popular among touring potential students than currently enrolled students. On-campus cafeterias mainly offer Korean cuisine, costing 3,000~5,000 won per meal. The menu includes noodles or rice, soup, and 3~4 side dishes (Kimchi is usually one of these side dishes). Occasionally, western-style food is also available.

*Depending on the tour spots’ operating conditions, there may be changes in your itinerary.
Also, itinerary can be changed upon clients’ requests during the tour as this tour is basically customized tour.

11:15 Visit Museum and Gyujanggak
Take a look at the cultural heritage held by Seoul National University.

13:00 Have a Lunch at Student Center
Experience cafeteria of the best school in Korea!
Have a Lunch by your own expense at the student cafeteria for a reasonable price.

14:00 Visit Souvenir Shop and Jaha Pond
Don’t forget to shop at the souvenir shop!
After shopping, take a photo with the view of Jaha Pond

Once you make your booking, HaB Korea team will check your booking status and approve your reservation within one working day if there is no problem.

It’s time to have fun in Korea, once your booking approved! Please be punctual on your booking date in order to go through all of the plans in a timely manner.

The best way to get a glimpse into the life of a college student on the campus of SNU.

13 travellers are considering this tour right now!
Send this to a friend